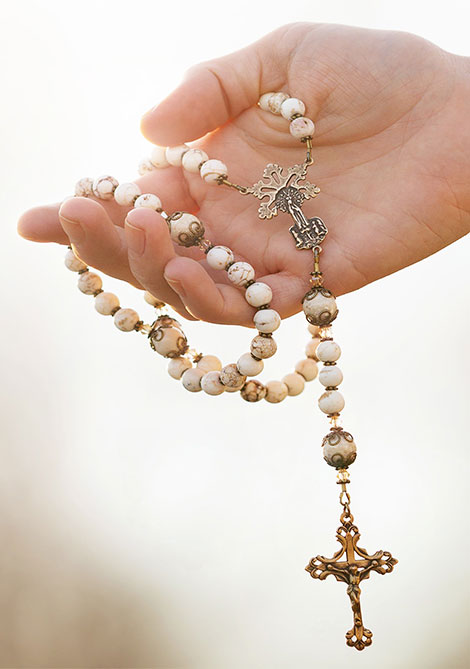 *Discount applied to purchase with subtotal of $35.

What is a Gemstone?

What makes one rock so lowly that we drive over it in our cars while another is called precious and placed atop crowns for royalty? Simply put, a gemstone is a piece of mineral or organic material whose rarity, quality, luster, color and/or overall beauty raise it above all the rest. When cut and polished these former rocks become jewels. Some gemstones are called precious, while others are semi-precious. Familiar gems include diamonds, rubies, sapphires and emeralds, topaz, amethyst, onyx, jasper, garnet, and more.

What is a Birthstone?

A birthstone is a gemstone or jewel that is associated with the month in which someone is born. Legends and myths focus on healing properties or protective powers of birthstones and say the powers for the stones are stronger during their prospective months. But Christians place all their hope and trust in God the Creator - and not in created things. So…why should Christians care about birthstones, much less wear them or use them on our rosaries?

The idea for twelve different stones to represent the twelve months of the year actually traces back to stories based in the the Bible. In the Old Testament, Exodus 28:17-21 has God’s directions for how the “Breastplate of Judgment” would be crafted. This breastplate would be worn by the priests when they served in the Temple. God commands that four rows of three stones each will be set in gold on the breastplate, including these stones: sardius (carnelian), topaz, carbuncle (red garnet), emerald, sapphire, diamond, jacinth, agate, amethyst, beryl, onyx, and jasper. The twelve stones represented the twelve tribes of Israel.

We see twelve gemstones used again in the New Testament when the New Jerusalem is being described. Revelation 21:19-20 illustrates the foundations of the city walls as being covered with a whole variety of gemstones: “The foundations of the wall of the city were adorned with every jewel; the first was jasper, the second sapphire, the third agate, the fourth emerald, the fifth onyx, the sixth carnelian, the seventh chrysolite (peridot), the eighth beryl, the ninth topaz, the tenth chrysoprase, the eleventh jacinth, and the twelfth amethyst. And the twelve gates were twelve pearls, each of the gates made of a single pearl, and the street of the city was pure gold, transparent as glass” (Revelation 21:19-21). In this case, the twelve stones represent the twelve tribes of Israel and also the twelve Apostles of Jesus.

Over the years the theme of twelve stones has naturally became associated with the twelve months of the year. The gemstones evolved into birthstones and now we use them to celebrate the diversity found in each of our personalities and in the changing of a year.