*Discount applied to purchase with subtotal of $35.

St. Sebastian was born in Gaul, present-day France, to wealthy Italian parents. According to tradition he went to Rome to serve and encourage the Christians who were being persecuted under the Roman Emperor Diocletian. To do so effectively and without suspicion, he enrolled in the Roman army as an officer. In this position he did much to encourage the faith of the Christians in the face of brutal martyrdom, and in the process made many new converts through his gift of healing.

Once he was discovered to be a Christian, he was seized by Roman officers, tied to a tree, and shot through with arrows. He survived this, and was healed by St. Irene of Rome. Being fully recovered, he returned to preach to Diocletian himself. Diocletian then had him beaten to death with clubs.

St. Sebastian is the patron of many causes, most notably of archers, athletes, police officers, soldiers, and against plague victims and enemies of religion. 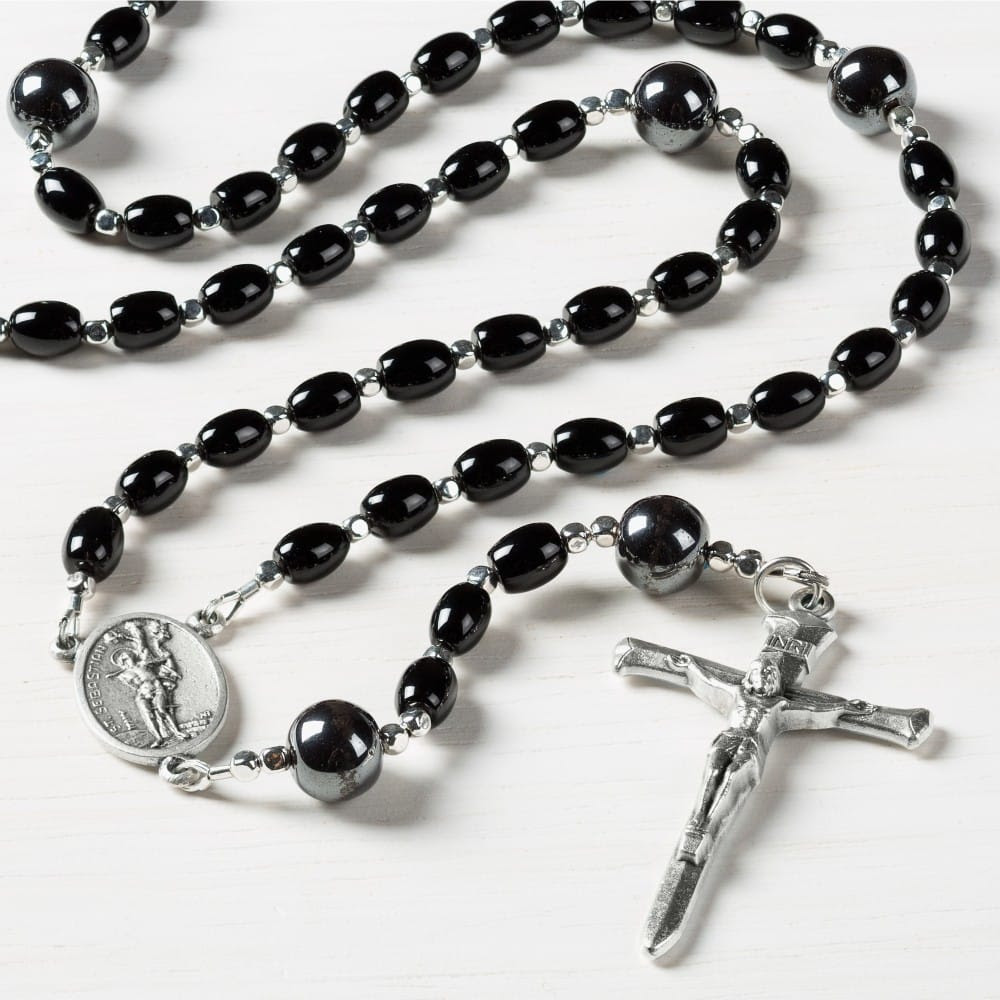 Distinguished and sleek, this black onyx St. Sebastian rosary reminds us of St. Sebastian’s unshakable resolve to serve God, even in the face of death. The shiny hematite Our Father beads along with the Italian St. Sebastian centerpiece and nail crucifix remind us of the scripture, “Put on the armor of God so that you may be able to stand firm against the tactics of the devil” (Ephesians 6:11). A meaningful and powerful gift for those serving in the armed forces or for athletes. Also a great idea for anyone with the name Sebastian or with a special devotion to St. Sebastian. 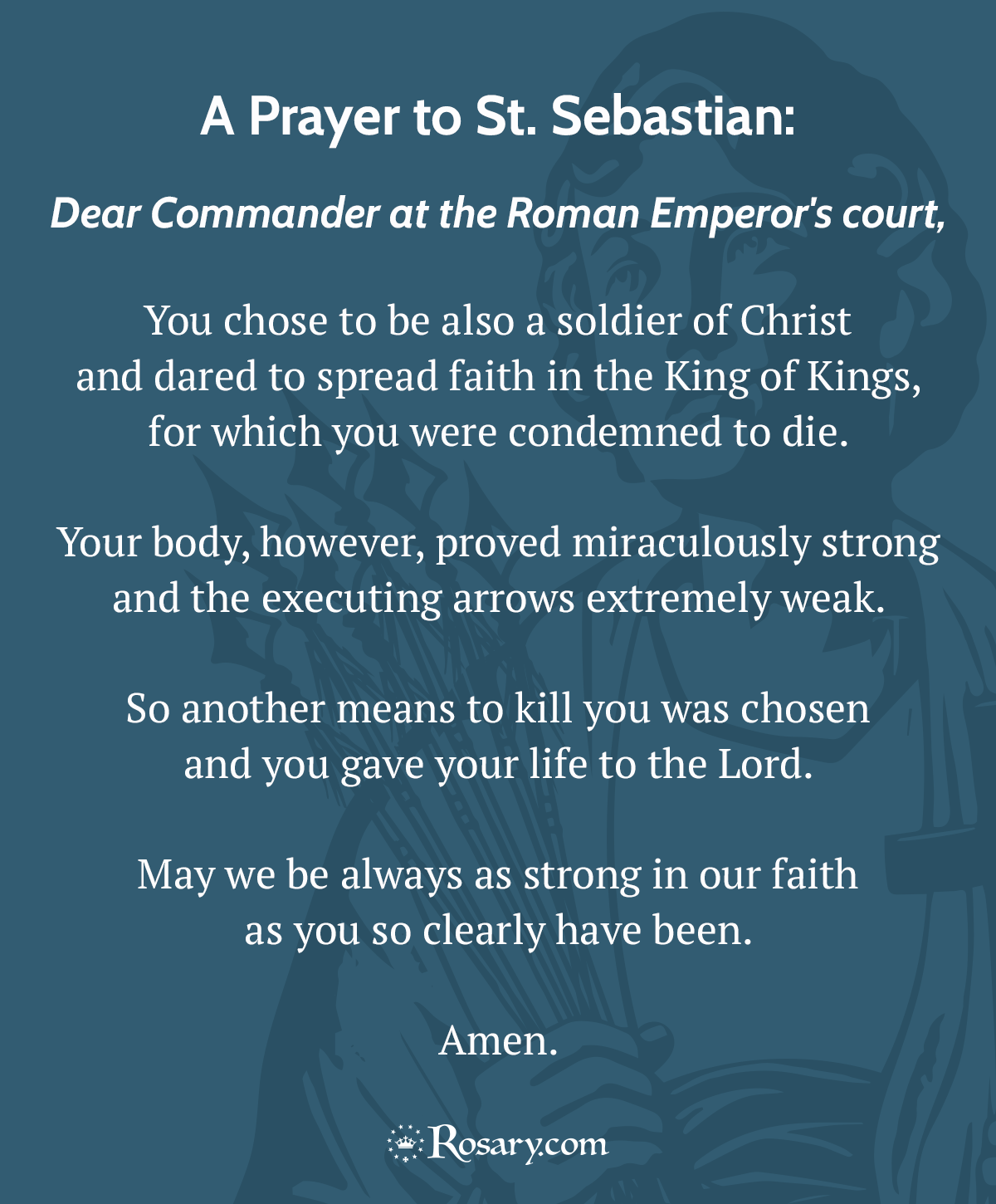